This morning started with overcast skies and very light winds.  At the briefing there was concern we might all be headed north to the Reservation and with light winds they let the dawn patrol inflate but kept them on the ground.  500 balloons on the Reservation can make for a slow recovery.  As the sun came up the Sandias were still obscured by clouds and the winds were calm.  They deflated the dawn patrol and put us on hold waiting for predictable winds.   About an hour after sunrise they winds showed slow drainage and they started letting balloons inflate.  Most flights were very slow and to the east southeast with variable winds.  We flew over an hour and only went about 2.5 miles.  During the flight there were many wind direction changes as well as some light showers.  Most of the balloons flew and the winds were so light it made for great pictures. 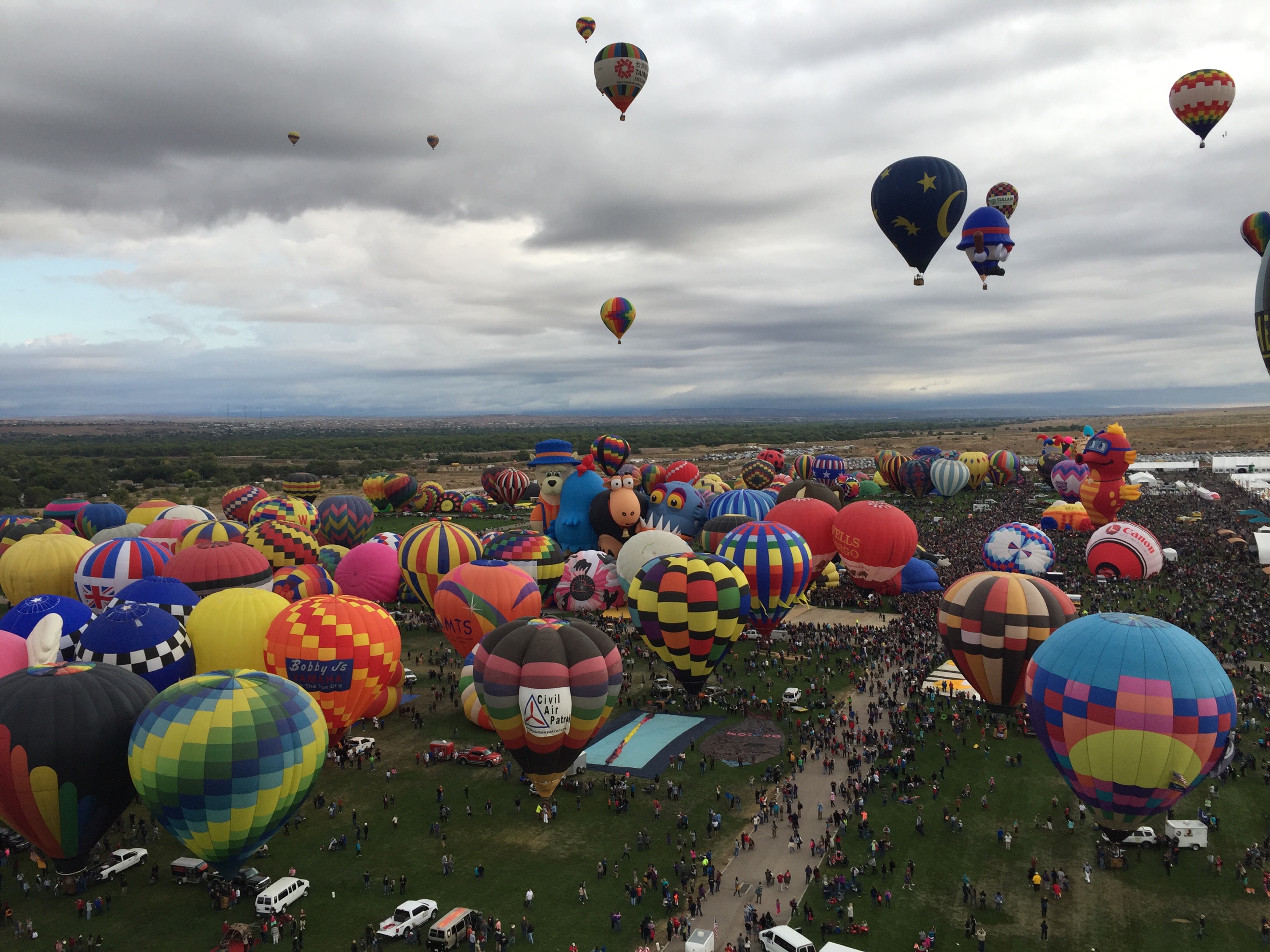